Is it ok to be White?

P.S. I do think that mansplaining and whitesplaining, under the right (wrong?) circumstances are a genuine problem, and as such, they are equally deplorable as more overt forms of sexism and racism.

Posted by David Tonner at 21:16 No comments:

So, you still think democracy is great?

Posted by David Tonner at 22:06 No comments:

My thoughts on Islam and other religions

I looked out of my apartment door today to see a young Muslim couple walking with a newborn child. The mother was shrouded head to toe and only her eyes were visible. What I perceive when I witness a scene such as this, is nothing less than a lifelong prison. This woman is unable to be free of the shackles of barbaric and outdated practices that force her to live under a cloak, to only go out into daylight accompanied by a man, to never learn about the world on her own, and to spend her existence producing children and being at the beck and call of her husband, to whom none of these restrictions apply.
This is wrong. If you are a moral relativist and think "to each their own", or "each culture has its downsides", or "who are we to say that we are not the ones committing the offence by not placing restrictions upon ourselves", I have this to say to you: FUCK OFF.

I am an atheist. I do not believe in a supreme being who has created the world and the organisms that inhabit it, an omniscient, omnipotent, and omnibenevolent creator.
There is currently zero evidence to believe in such a being, and there is just as much logical reason to think that such a creature exists.
Many things in life are still unexplained, and currently unexplainable, however, and to the vast majority of the world's population, this is disconcerting.
Believing in a supreme being who watches over us and who will redeem us after we die is a warm, comforting notion, and many of us would rather believe that than accept that there is likely no purpose, no salvation, and no afterlife.
To be honest, apart from rejecting it myself, I have no problem with this belief. I choose to live my life according to logic, reason, and science, but I won't force my approach on anyone. To each their own, as they say.

What I do have a problem with, however, is religion. Why? Because all religions are stories invented a long time ago by people and passed down over centuries and millenia. The stories themselves are phantasmagorical and bear no relevance to a contemporary understanding of the world and how it works. These stories may have been applicable at one point in time, when we knew so little about our surroundings and the natural phenomena we were exposed to, but the world has come a long way since the dawn of humanity, and we now understand many things we didn't before.
Today, none of the stories that have been passed down through the Bible, the Quran, Ramayana, Popol Vuh, Guru Granth Sahib, etc., have any bearing on reality, nor do they have relevance. They have all been shown to be utter nonsense. As long as they remain nothing more than fairy tales, they are harmless. Unfortunately, there are still far too many people today who take these fairy tales to be an accurate description of events and a fair guide to moral behaviour.

Among all other religions, the one I detest the most is Islam. Why do I pick on this specific religion, you ask? After all, Islam, along with Judaism and Christianity, makes up the triumvirate of Abrahamic religions, all of which are descended from the same origins, and all of which have extremely violent roots (and holy books), so in theory they should all have equal merit, right?

The Old Testament of the Christian Bible, based largely on the Tanakh, the holy book of Judaism, is a book teeming with murder, rape, and plunder. Among other violent passages, it includes exhortations to its followers to pursue and kill non-believers, or infidels.
The Quran, the holy book of Islam, is also a violent book. It urges its followers to kill infidels, it instructs men to beat their wives (as punishment), and is rife with all manner of other violence.
Fortunately, the New Testament of Christianity, which mainly surrounds the life of Jesus Christ, is quite gentle compared to its predecessor. Due to this fact, and combined with the Reformation it underwent in the 16th century, Christianity is now mostly harmless. I say mostly because once in a while we hear about this or that sect that still engages in barbaric and outdated practices such as polygamy and forced marriage, and there is still the odd wacko who goes out on a killing spree in the name of the almighty JC.

I don't know why Judaism isn't as overtly militant as its scriptures would entreat followers to be. Perhaps because in the two strongest bastions of Judaism, Israel and the USA, there is no need to employ religious violence to achieve one's aims. American Jews are not known for their militancy, though some Hasidic Jews practice various forms of oppression against their own, and Israel is focused on suppressing its Palestinian population through heavy-handed military tactics, political manipulation, and the Holocaust industry.

This leaves Islam as the single most significant source of terrorism and ideological violence worldwide. Apart from the many terrorist attacks, murders, and intimidation perpetrated in the name of Islam and its god Allah, the religion forces women to be subordinated to men in a perpetual cycle of sexism, violence, and outright imprisonment.

Islam is the second largest, and fastest growing religion in the world. Sharia Law, a radical interpretation of Islamic doctrine, is becoming more and more common in formerly moderate havens such as Malaysia and Indonesia, and even in certain jurisdictions in Canada and the UK.
This is why I consider Islam to be the most dangerous ideological system in the world today, and the sooner its reach is curtailed, the better.

Let me wrap up by saying this: if you believe in god(s), that is your prerogative, and as long as you aren't harming anyone with this belief, you can do what you want, believe what you will.
If you choose to believe that God worked for six days creating the Earth and rested on the seventh, that he made Eve out of Adam's rib, that Jesus walked on water, was resurrected from the dead, etc., well, all I can say is, go back to science class and read up on the evidence. Your beliefs are delusional, but once again, as long as you're not hurting anyone, do whatever you want, believe whatever floats your goat.

As soon as your beliefs are used to harm or oppress others, however, there is a problem. This is happening today, and it is a big problem. Unfortunately many people on the regressive left would rather place the blame on anything and everything except where it is due, which is religion itself. According to these people, Islam isn't the problem; capitalism, imperialism, racism, white privilege, pink elephants, you name it, there's the real problem. They will point the finger at anything and everything, including themselves, just so as not to offend someone else's religious sensibilities, in the name of political correctness and cultural sensitivity. I think this is bullshit.
I do not deny that all of the aforementioned factors (minus the pink elephants, perhaps) have contributed to the kaleidoscope of ingredients that have led to the formation of Al Qaeda, ISIS, and every other terrorist cell in the world. What unites all of these groups, however, is that they do what they do in the name of Allah, or Islam. This, to me, is a clear indication that Islam, a violent ideology, is being followed to its most literal conclusion. If you do not think this is a problem, then you are either dishonest, deluded, or perhaps both.

Violent Islam is a threat to everyone the world over, and though the answer may not be to call out everyday Muslims, it certainly does not benefit us to pretend that the problem doesn't exist. 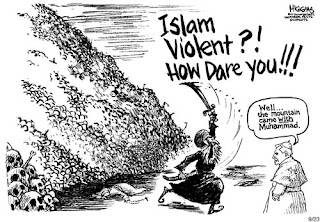 Do you trust the Internet over your friends? 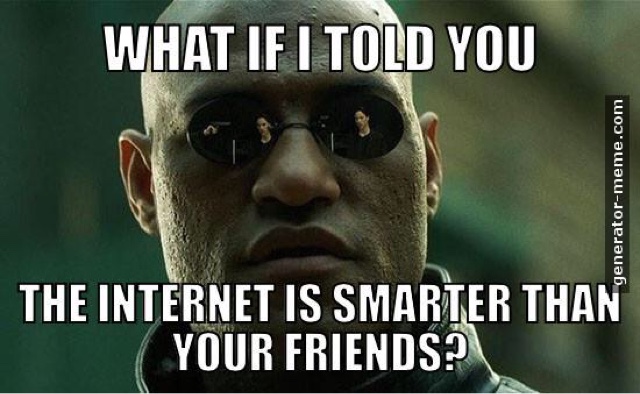 Posted by David Tonner at 05:56 No comments: 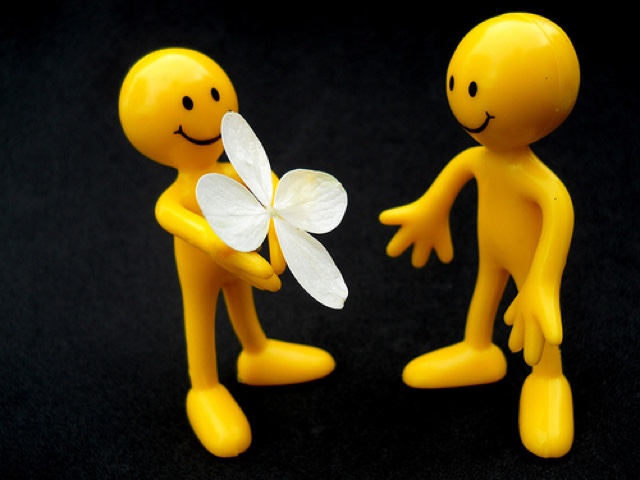